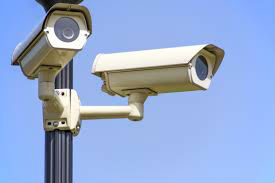 TEXAS – Legislation that would ban red light cameras throughout the state of Texas moved a little bit closer to becoming reality. Recently, the proposal successfully passed through the Texas Transportation Committee.

The proposal, officially dubbed House Bill 1631, was put forth by Rep. Jonathan Stickland (R-Bedford). Furthermore, the bill would ban the use of “photographic traffic signal enforcement systems.” Previously, the bill had been in a holding pattern. In fact, it had been left waiting in committee as far back as March 26. Nevertheless, it passed by a decisive 9-3 vote on Wednesday.

As it stands, the next proper step for this piece of legislation would be for it to be voted on by the House. Naturally, it would then head over to the Senate for a vote.

Interestingly, the Senate has voted twice in the last couple of years to do away with the cameras. However, in each case the measures didn’t get approval from the Texas House, and, consequently, failed to pass.

Despite its failure to gain momentum thus far, some North Texas cities have already forbidden red light cameras. For example, Arlington has made them illegal as voters overwhelmingly voted in favor of getting rid of them. Also, in Tarrant County, officials declined to pursue civil penalties against anyone who refused to pay their fines.

In fact, there’s a lot of support state-wide for doing away with the Orwellian cameras. Even Governor Greg Abbot is on record as wanting to get rid of them. He pointed to recent studies that indicate the cameras don’t always curb crashes.