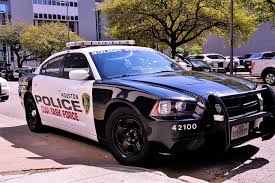 City council reviews a settlement Wednesday in a lawsuit regarding a 2014 fatal police shooting. Under its terms, the family of the victim would receive $1.2 million, reports Houston Chronicle.

The shooting took place at a strip mall on the 5700 block of West Little York. There, Juventino Castro, a police officer for the Houston Police Department, worked a second job. The 10-year veteran served as an armed security guard. The property owners intended to stem a rash of robberies that plagued them.

Castro chased down Jordan Baker, a 26-year-old black man, as a suspect of a series of break-ins. Police say Baker matched a description of the suspect. Castro detained Baker, who began to protest Castro’s tactics. Then, the unarmed Baker gave flight, and Castro shot him, killing Baker.

Now, Janet Baker, Jordan’s mother, faces a potential victory with her lawsuit. It comes after 5 years since the incident, as well as a loss in criminal court. A grand jury ruled in favor of Castro, squashing hopes for a criminal trial in the case.

Black Lives Matter activists rallied around the case, calling for police department accountability. Despite the lack of charges filed, the settlement brings some resolution to advocates for the family of Jordan Baker.

While police shootings are down in Houston, calls for accountability remain. Last year, a scandal broke out after a botched drug bust ended with two civilians dead and an investigation revealed fraudulent practices on the part of the instigating officer.

Police Chief Art Acevedo took his position in 2016, pledging new measures bolstering transparency and oversight. Among his reforms was the creation of a specialized unit tasked with internal review of misconduct allegations.

While activists applaud the effort, they call for more to further curb unwarranted use of deadly force used in incidents like the police shooting of Jordan Baker.