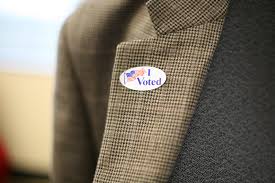 A special election in a Houston suburb pits a Republican against a Democrat in a closely watched runoff today. The traditionally conservative district invites hope from Democrats eager for signs of political shifts in the state.

As the sole Democrat in the race, Markowitz earned an astounding 39.1 percent of the vote in the first round, securing her position in the runoff. Gates managed 28.4 percent. However, the candidates that failed to make the runoff were all Republican. Therefore, indications suggest a Republican victory in today’s election.

Though, Democrats still view the accomplishments of their candidate as a victory in itself. The voting history of the district favors the Republican Party. For example, in 2016 they voted for Trump by a 10 percentage point margin. Then, in 2018, they voted for Ted Cruz over Beto O’Rourke by a 3 point margin in the US Senate election.

Despite Republican confidence in the district, a broader trend in the Fort Bend area punctures that assuredness.

In a state with 38 electoral votes, second only to California with its 55, Democrats hope traction with candidates like Markowitz takes hold statewide for the presidential election.

Furthermore, Texas stands to earn new seats in the US House of Representatives following the 2020 census count and significant population growth.

Much is at stake as voters in the 28th take to the polls to elect their next representative.